Founder and director of Musical Intervention™, US 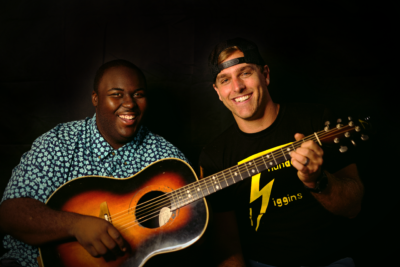 Adam’s upbringing allowed him to see firsthand some of the struggles associated with mental health, substance abuse issues and lack of resources. This reality mixed with the luxury of also attending his uncle Michael Bolton’s concerts was Adam’s evidence that he could have more and gave him a unique perspective on what he wanted for his own life. Adam was placed in foster care at 4 years old, Adam’s paternal grandmother Bertha took him and raised him in the suburbs. During this time, Adam’s father purchased a drum set. It was there that Adam discovered that music provided a solace during volatile times and quickly became an outlet for expressing emotions and thoughts that otherwise would go unspoken. Overcoming tough experiences with drugs, special education and authority, Adam found the vision to turn his life around and make a positive impact in the world. This discovery resulted in Adam’s unwavering mission to share the transformative power of music with as many individuals as possible.

After receiving a degree in Recreation and Leisure studies, Adam began working at the Child Psychiatric Inpatient unit at Yale New Haven Hospital and remained there for five years. During this time, Adam began to bring his guitar and mobile studio to the unit and began leading songwriting sessions with patients. The positive impact this intervention provided patients was significant and easy to see.  Adam’s work on the unit was featured at the World Congress of Adolescence and Psychiatry in Beijing, China.

Encouraged by the positive results, Adam was determined to bring this experience to as many populations as possible. Adam developed his method of Musical Intervention through hosting open mics at soup kitchens and event halls. Through these events, Adam was both inspired by the reaction he received and saddened by the lack of opportunities at-risk populations had to create, perform, and share their experiences through music in a safe environment. Through these experiences, the Musical Intervention Headquarters was opened. The Musical Intervention Headquarters, based in New Haven, CT, is a drug and alcohol-free community space with an open-door policy.

MI has earned the Arts Council of Greater New Haven’s award for its contribution to the creative ecosystem. Through these efforts, MI quickly gained the attention of state and local organizations such as the Connecticut Mental Health Center, Veterans Affairs, and research groups affiliated with Yale University. This recognition of work culminated in a collaboration with Yale University’s Program for Recovery and Community Health (PRCH) and an award from the NIH to research the effects of the Musical Intervention program on symptoms of auditory hallucinations.

Adam has presented his work to numerous high schools, universities, and hospitals, including being a featured speaker at the Donald J. Cohen Mentorship Program at the Yale School of Medicine.

Adam co-founded Music Beyond All Borders, an international network of individuals who are passionate music facilitation to unify and amplify those who are underserved and overlooked. This and many other forms of recognition on an international stage have come about based on his development and application of best practices facilitating music accessibility as a pathway to improved mental health, self-esteem and contributing value to a community of peers and co-learners. The model he created is called Musical Intervention™ and has been piloted in downtown New Haven, Connecticut, and in New York City. The program’s headquarters, located in a storefront space, is an outgrowth of the work with in-patient populations in clinical and carceral settings. He found that as patients were discharged and set about adjusting back into the community, they needed the support, structure and expressive outlet of a dedicated non-clinical environment for drug-free and alcohol-free music-making more than ever.

Jeremiah Brown from New Haven, CT. USA is a singer / songwriter who has been making music since he was 5 years old. “Music for me started with choir in middle school leading up to professional SATB chorus.” During high school, I attended Educational Center for the Arts in where he studied classical voice and music theory. Jeremiah was moved by this experience in China at the Shanghai Theater Academy in 2016.

Issues at home growing up with health issues inspired me to start music as a healing tool. Musical Intervention has been apart of Jeremiah’s life since before it was public. “I was honored to have met Adam during a life crisis where he introduced me to songwriting and guitar. Musical Intervention taught me that I can be different as an artist and help others heal through music.” Jeremiah has volunteered at Musical Intervention for over 11 years.

Jeremiah and Adam first met while Adam was working at the hospital where Jeremiah was admitted. It was there that Adam saw an amazingly gifted person with a voice that needed to be heard. In the walls of a child psychiatric unit, the song, The World Needs You was written. This song has been the theme for both Adam and Jeremiah to help promote empathy and transform lives through the power of music and song. Their infectious joy and chemistry reminds us all that there is no unity without “U” “n” “I” .

Title of their presentation is: The world needs you!

Head of the Team, Adjunct Professor in Psychology,
Finnish Institute for Health and Welfare 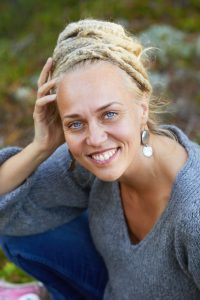 Anu Castaneda acts as a research manager in the Finnish Institute for Health and Welfare (THL). She is an adjunct professor of health and clinical psychology in the University of Helsinki, Finland, and a social psychologist in the field of ethnic relations, cultural diversity and integration. In THL she leads Migration and Cultural Diversity Team that investigates health and wellbeing related to migration and cultural diversity in Finland. Dr Castaneda acts as the principal investigator in many development projects and takes actively part in public discussion. Her research focuses on mental health, social wellbeing, ethnic relations, discrimination, integration and equality of ethnic minorities. She is also a clinical psychotherapist working in private practice. She is also an active member of the NGO Finnish Psychologists for Social Responsibility, acting mainly in the Middle East. Her keynote speech covers acute topics of mental health of forcibly displaced people and other migrated individuals, equality perspectives, and antiracism. The title of her presentation is: Perspectives of cultural diversity in mental health: What can we all do for the shift from ethnic gaps and inequalities towards healthier societies

The abstract of the presentation:

Millions of individuals are on the move. People migrate with different motives from voluntary reasons such as work, studies, or family ties to escape war or other threats. In addition to global migration, older ethnic minorities and the descendants of migrated individuals make populations and societies culturally diverse.

Growing evidence demonstrates that migration background and minority status increase the risk of mental health problems in comparison to counterparts without these characteristics. There are many underlying reasons behind this ethnic gap. Especially forcibly displaced individuals, i.e., refugees, often carry a burden of traumatic experiences and the forced loss of many meaningful contents of life. In addition, the situation in the new home country may not enhance psychological wellbeing, with e.g., discriminative attitudes, hardness in participation in the society, and the lack of social networks.

At the same time, people of migrant origin or with ethnic minority status face various barriers in accessing healthcare, especially mental health services, consequencing in being underrepresented in services. Some of these barriers relate with the individual in need for help, such as mental health stigma, on the other hand some with the service systems and the health care professionals, such as shortcomings in the know-how, negative attitudes, and structural racism.

Perceived discrimination is shown to be associated with mental health symptoms, feelings of unsafety, low trust towards institutions in society, and poor quality of life. However, experiences of discrimination are rather general among many migrant origin and ethnic minority groups.

This keynote lecture covers two acutely important topics in Europe and globally, using the context of Finland as an example. Firstly, mental health aspects of forcibly displaced people and other migrated individuals will be described. Secondly, perspectives of discrimination, equality, and antiracist approach will be discussed. What do we know of the ethnic gaps and inequalities in mental health? How can we, as mental health professionals, fight against these gaps and lead our societies towards a healthier tomorrow?

M.D., PhD., is Full Professor of Psychiatry at the NOVA Medical School-UNL and Senior Consultant at the CHLO Hospital Centre, in Lisbon. 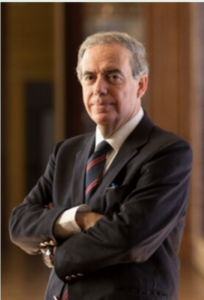 Miguel Xavier   is currently the president of the Scientific Board and Vice-Dean of NOVA Medical School. He also  coordinates the “International Master Degree in Primary Care Mental Health”, at NOVA Medical School.has been the national coordinator of several EU projects, in areas such as psychiatric epidemiology, mental health services planning and evaluation, forensic psychiatry and medical education. He is author or co-author of more than 400 presentations and 120 publications (e.g., papers in peer-reviewed journals, national reports, proceedings, books, etc.), as well as a regular reviewer of journals in the field of mental health and public health.

Besides his academic and clinical work, he was a co-author of the Portuguese Mental Health Plan 2007-2016, and the first author of the updated national plan 2017-2020. He is currently the head of the National Coordination for Mental Health Policies (Ministry of Health).

Title of the presentation:

Mental Health in Portugal: some lessons for the future. 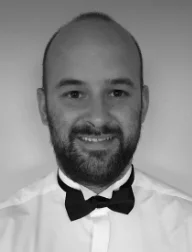 Raymond Bond is a professor of human computer systems at Ulster University and has over 350 research outputs. His work involves computational applications in healthcare and biomedical informatics (digital health). Raymond’s work has involved the application of human-computer interaction and data science techniques to healthcare research. This includes the machine learning of healthcare data, clinical decision-making with algorithms and the design and evaluation of digital health interventions (including ChatPal – a positive psychology chatbot). Raymond obtained his BSc(hons) and PhD in the School of Computing and Mathematics (Ulster University). He is also a senior fellow of the UK higher education academy. Topic of his Keynote Speech is: Digital mental health: Why do we need AI, apps and chatbots?